​What a great fund raising event: Rainford Ladies' Choir raised over £344 for a breast cancer charity.

The event was part of Wendy's (of Wendy's Flowers Rainford) 'Turn Rainford Pink' event.
​
Kathy Hill and Helen Molyneux pass the cheque to Wendy, the day after the sell out Christmas concert.

Where have we performed? 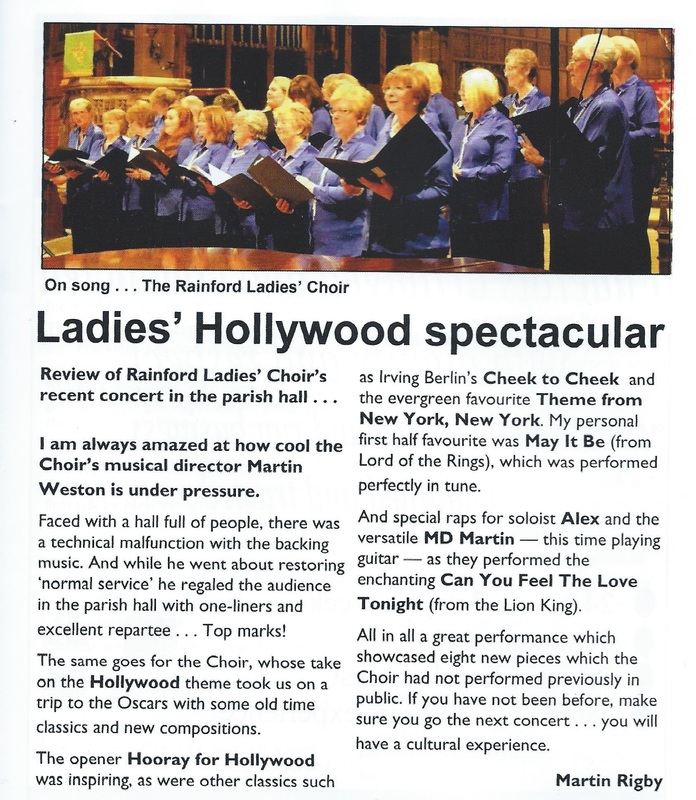